At the same time the distribution of Prides does reflect the social and legal climate for LGBTI-people around the world. Many Prides are expectedly held in relatively friendly areas,of the Western world, such as in Canada and the United States. A high density of Prides are similarly held in the Northern and Western parts of Europe. Until recently, Prides organized in Eastern Europe would meet resistance from both authorities and the public.Regrettably, Prides are rate in Africa and the Middle East, where the death penalty is often still in place against homosexuals.

In Australia, most Prides can obviously be found in the cities along the coastline. Smaller Prides in countries located in the pacific ocean, and in New Zealand in particular, are organized on an annual base. In Latin America, many Prides are celebrated in Brazil. Just recently, the Pride Radar team was able to identify over 30 Prides in Mexico, a hug
e bump from the previous estimate of five celebrations!.
Language barriers, varying naming traditions for Pride events and the absence of many smaller Prides on the internet are all reasons that make it hard to identify all Prides without local stakeholders. As an example, Pride events exist in Cuba, but they are held over the five-day period of IDAHO week, in a different city every day! This kind of format is difficult to track. 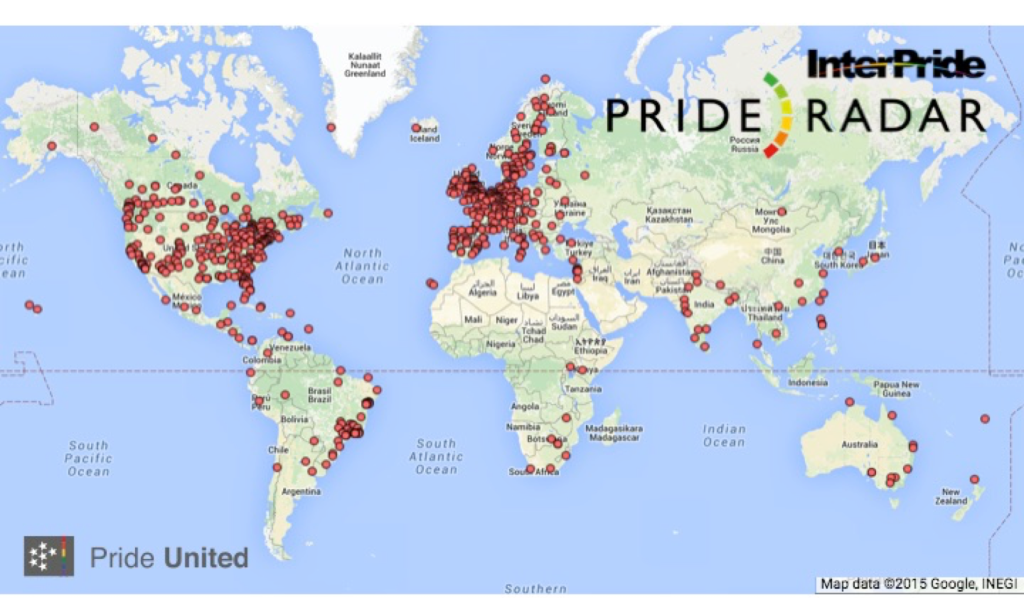